This joint event of the CLMPST and logic colloquium will take place at the Institute of Philosophy of the Czech Academy of Sciences. Participants registered for the colloquium are welcome to attend free of charge.

The conference will start with a welcome drink at the conference venue which will be followed by a public lecture delivered by Hannes Leitgeb.

The conference dinner will take place at the Art Restaurant Mánes. The dinner costs 1250 CZK and tickets may be ordered by e-mail at office@lc2019.cz or at the registration desk by Wednesday, August 14, 10:00. 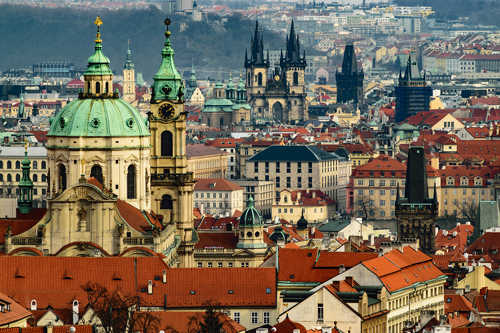 Old Town Square
The most significant square of historical Prague. It originated in the 12th century. The square has several dominant features, the baroque St. Nicholas Church (K. I. Dienzenhofer, 1732 - 1737), the rococo Kinský Palace housing the National Gallery exhibition hall, the Stone Bell House - a gothic city palace from the 14th century - now the Municipal Gallery concert and exhibition halls, and the Memorial to Master Jan Hus sculptured by Ladislav Saloun (1915). The very place where the 27 Czech noblemen were executed on 21 June, 1621, is marked in the square pavement.

Charles Bridge
The oldest Prague bridge built in place of Judita’s Bridge that had been badly damaged by a flood in 1342. The Stone or Prague Bridge renamed Charles Bridge in 1870, was founded by Charles IV in 1357. According to the latest research the construction was started by Master Otto and finished by Peter Parler in 1402. Both ends of the bridge are fortified by towers (Lesser Town Bridge Tower, Old Town Bridge Tower). From 1683 to 1928 thirty sculptures and sculptural groups of the saints were gradually set on the bridge piers (M. Braun, F. M. Brokof, etc.). The bridge is 515 meters long and 10 meters wide.

Prague Castle
A national cultural monument, the symbol of more than 4 millennia of development of the Czech state. Since its foundation in the last quarter of the 9th century it has been developing uninterruptedly throughout the past eleven centuries. It is a monumental complex of ecclesiastical, fortification, residential and office buildings representing all architectural styles and periods, surrounded by three castle courtyards and covering 45 hectares. Originally it was the residence of the princes and kings of Bohemia. Since 1918 it has been the seat of the president. 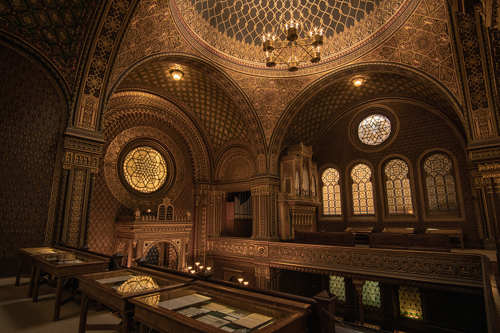 The Jewish Museum in Prague 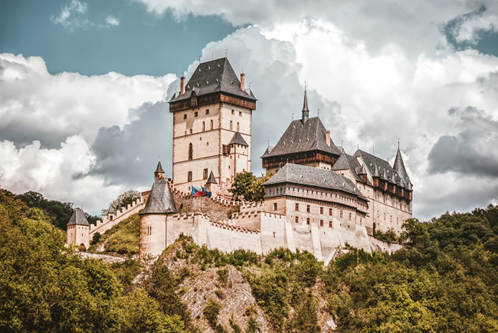 14:30 – 20:00
1400 CZK (~ 56 EUR) conference venue A visit to a majestic gothic castle founded 650 years ago by Charles IV, King of Bohemia and of the Roman Empire. The castle was built in the 14th century as a place for safekeeping of royal treasures, especially the coronation jewels. Located in a picturesque site on the Dragon's rock in the middle of dense forests just about an hour's drive from Prague, for many visitors this is one of the most popular destinations. The trip includes 30 minutes walking. The price includes bus/train transport and entrance to the castle.